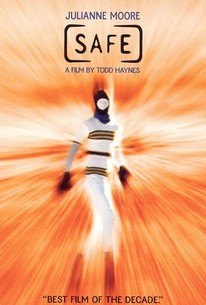 A suburban housewife suddenly finds herself "allergic to the 20th century," in this drama. Carol White is a typical upper-middle class suburban housewife. She lives with her husband and step-son in a lovely home in the San Fernando Valley. She is normal in every way as she socializes with friends, eats right, and keeps a good home. But she does have a nagging cough. The cough keeps getting worse and is followed by nosebleeds and violent seizures. The doctors are puzzled but conclude that she, like a growing number, has become hypersensitive to the chemical substances that surround us. Even a whiff of cologne can trigger an allergic reaction in Carol. To find treatment, Carol journeys to New Mexico and enrolls in the Wrenwood Institute, a New Age facility designed for healing people. It is headed by Peter, who promotes self-love.

Jo Wilkinson
as Listener No. 1

Gerrielani Miyazaki
as Listener No. 2

Edith Meeks
as Patient No. 1

Francesca P. Roberts
as Patient No. 2

Elinor O. Caplan
as Patient No. 3

Mitch Greenhill
as Accompanist
View All

New on DVD & Blu-Ray: Guardians of the Galaxy, Dolphin Tale 2, and More
Put Some Words in the Mouth of Optimus Prime!
View All