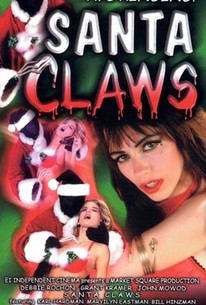 This interesting horror film stars Debbie Rochon as "Scream Queen" Raven Quinn, whose next-door neighbor Wayne (Grant Kramer) is an obsessively psychotic fan. Wayne prays to an altar of Raven in his living room, then begins dressing like Santa Claus and murdering her female co-stars when he feels betrayed. Despite being full of the usual scenes of naked women being stabbed and rended with garden trowels, this film has a bit more on its mind. It is really the first comment by the Scream Queen industry on itself and the possibly dangerous fans who slaver over slick magazines and films that trade on women covered in blood, many of them feigning death. It is a disturbing subgenre, but one which director John Russo (editor of Scream Queens Illustrated) knows intimately, and it is comforting to see that he understands its potential downside. Mainstream horror fans should enjoy the film too, especially with cameos from Marilyn Eastman and Karl Hardman of Night of the Living Dead (which Russo co-wrote) and a fine lead performance by Rochon. When she recites monologues defending her career choices and worrying about some of her obsessive fans, she sounds as if she speaks from experience and delivers a message that many of her real-life fans need to hear. This film, for all its flaws, just might represent a small step toward maturity for a subgenre hopelessly mired in self-denial and dangerous pandering.

There are no featured audience reviews for Santa Claws at this time.