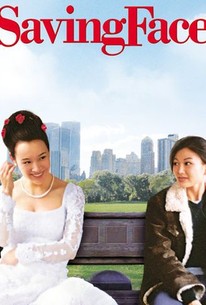 A charming tale of a love affair that overcomes cultural taboos.

An Asian-American woman and her mother both find their private lives are becoming a family matter in this romantic comedy-drama. Wilhelmina Pang (Michelle Krusiec) is a surgeon living in Manhattan whose mother (Joan Chen) is eager for her to settle down with a nice man and get married. What Ma doesn't know is that Wilhelmina happens to be a lesbian -- or rather, Ma prefers not to acknowledge it, since she once walked in on Wilhelmina and her girlfriend several years before. As it happens, Wilhelmina is looking for someone special in her life, and thinks she may have found her in Vivian (Lynn Chen), a beautiful dancer, but a fear of commitment and a desire to keep her medical career on track is making their relationship problematic. As Wilhelmina tries to get her love life in order, her mother's shifts into crisis mode. Ma, a 48-year-old widow, has just discovered she's pregnant, and her staunchly traditional father (Li Zhiyu) will not allow her back into the home they share until she's married someone respectable. Unwilling to name the father of her baby, Ma is forced to move in with Wilhelmina, and while enduring the emotional roller coaster of pregnancy she is being pressured by friends and relatives to marry Cho (Nathaniel Geng), a sweet but boring man she doesn't especially like. Saving Face was the first feature film from writer and director Alice Wu.

Christy Qin
as Nurse at Clinic

Nan Meng
as Mother at Clinic
View All