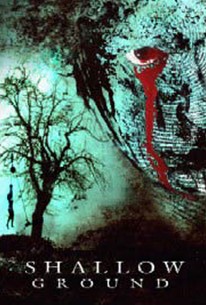 When a mysterious boy covered in blood appears in the lazy town of Shallow Valley, the nightmares of the past follow him in this dark tale from newcomer Sheldon Wilson. It's been exactly one year since Sheriff Jack Sheppard (Timothy V. Murphy) found the last-known victim of a brutal serial killer in the throes of death, and his failure to save their life and bring the killer to justice has haunted him ever since. As Sheriff Sheppard begins to close up shop in his remote outpost, the sudden appearance of a blood-soaked boy with a large knife brings a series of tragic memories flooding back to the shaken lawman. Now, with the past standing before him in all its crimson glory, Sheriff Sheppard must look deep into the darkest corners of his soul and face his fears without hesitation if he is to finally solve the mystery that has nearly consumed him, and free a small town from the stranglehold of a vicious killer.

John MacKane
as Passenger No. 1

Tom Druilhet
as Passenger No. 3

John Whitaker
as Passenger No. 2

Christine Boutros
as Harvey Victim No. 1

Anjeanette Carter
as Harvey Victim No. 2

Shayne Eastin
as Harvey Victim No. 3

Abbate Michael
as Bus Passenger No. 4
View All