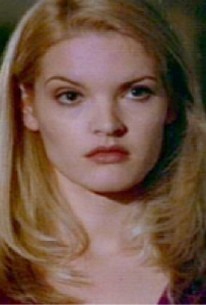 It is not merely jealousy that prompts psychology major Darcy Canfield (Rena Sofer) to mistrust her widowed father Derek's new bride Joan (Linda Evans) and Joan's daughter Melinda (Bridgette Wilson). In fact, the audience is way ahead of Darcy: Joan is revealed early on to be a serial killer of wealthy husbands, who with the help of the equally sociopathic Melinda has bumped off a number of former mates for their money--and, of course, Dr. Derek Canfield (Alan Rachins) is loaded! This time, however, Joan falls in love with Derek and drops her plans to bump him off. Not so Melinda, who now takes it upon herself to eliminate not only her stepdad but also her own mother. In the end, it falls to Darcy to use her college-honed psych kills in a desperate effort to expose Melinda before she can kill again! Capped by one of those endings which suggests that "it ain't over till it's over", the made-for-cable The Stepsister was first broadcast May 7, 1997 by the USA network.

Russell B. Porter
as Peter

Tosca Baggoo
as Off. Sanders

French Tickner
as Chief of Staff

There are no critic reviews yet for Stepsister. Keep checking Rotten Tomatoes for updates!

There are no featured audience reviews for Stepsister at this time.