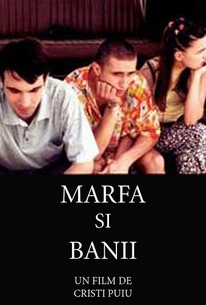 A twenty-something willing to walk the margins of the law for the right price finds that he's on a higher tightrope than he imagined in this compelling low-budget drama from Romania. Ovidiu (Alexandru Papadopol) is a young man with an entrepreneurial bent who is trying to launch a business selling snack food while still living in his parent's flat in Constanta. Needing cash to get his business off the ground, Ovidiu is more than willing to listen when he's approached by a local crime boss. It seems the mobster has a package that he needs delivered to Bucharest, and he's willing to pay Ovidiu a healthy wad of cash to do the job. Ovidiu isn't sure what's in the package (and is smart enough not to ask), but he figures it's an easy way to make some fast money, so he packs up his van and hits the road, with his girlfriend (Ioana Flora) and another pal (Dragos Bucur) tagging along for company. Assuming they're carrying some sort of contraband, Ovidiu and his friends have to steer clear of police cars and check points along the way, but before long the law is the least of Ovidiu's worries when he discovers that a red car is following them -- and the four men inside are determined not to be shaken. Marfa Si Banii was enthusiastically received in its screening at the 2001 Cannes Film Festival. ~ Mark Deming, Rovi