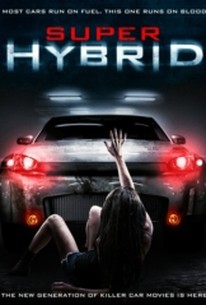 A group of Chicago mechanics fight for survival against a killer car that runs on blood, and can take on the appearance of any model in this tale of automotive terror from director Eric Valette (Malefique, One Missed Call). In the wake of a deadly crash, an enigmatic car is towed to a police impound garage. There, head mechanic Tilda (Shannon Beckner) and her crew quickly learn that this is no ordinary automobile. This car is pure evil, and it won't stop killing until everyone in the garage is dead. As Tilda and the other mechanics seek a means of defeating the unstoppable killing machine, it changes forms in a diabolical attempt to catch them off guard. Soon there are only a few mechanics left, and their chances of making it out alive keep shrinking with every click of the odometer.

There are no critic reviews yet for Super Hybrid. Keep checking Rotten Tomatoes for updates!

There are no featured audience reviews for Super Hybrid at this time.