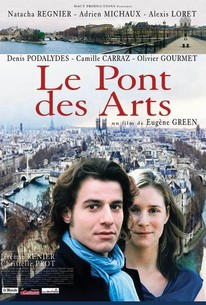 The lives of two troubled souls unexpectedly intersect in this ambitious drama from French auteur Eugène Green. Sarah (Natacha Régnier) is a gifted operatic vocalist who has been cast in a production of Monteverdi's Lamento Della Ninfa that's being recorded for release on LP. While Sarah's talents are certainly up to the challenges of her role, the conductor overseeing the production (Denis Podalydès) verbally browbeats her and sends her into an emotional tailspin that she can't shake, despite the encouragement of her boyfriend, Manuel (Alexis Loret). Elsewhere, Pascal (Adrien Michaux) is a student working on his master's degree in philosophy. However, two things are distracting him from his work -- an intense fascination with the artist Michelangelo and his poems, and his crumbling relationship with his girlfriend, Christine (Camille Carraz). Pascal falls into a severe depression when Christine finally leaves him, and he's contemplating suicide when he hears some music that gives him a new lease on life -- Sarah's recording of Monteverdi. ~ Mark Deming, Rovi

Denis Podalydès
as The Unnamable

There are no featured audience reviews for The Bridge of Arts (Le Pont Des Arts) at this time.