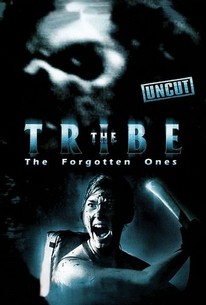 The Forgotten Ones Ratings & Reviews Explanation

The Forgotten Ones Photos

A group of young adventurers come face-to-face with a powerful predator after sailing off course, and getting stranded on an uncharted island. All Liz and her friends wanted was a relaxing island vacation. Shortly after setting sail, however, their yacht began to drift off course, and the waters began to swell. The next thing everyone know, the boat was capsized, and they were swimming to safety on a secluded beach. Later, after radioing for help, the group sets up camp near the shoreline in anticipation of a rescue team. The following morning, when Liz awakens, she discovers a bloody trail in the sand where her fiancé Peter had just been sleeping. Tracing the path straight into the jungle, Liz becomes convinced that something horrible is watching them from the trees -- awaiting the perfect moment to strike. Rejecting Liz's plea to help rescue Peter, Ira and Lauren remain on the beach, where they quickly fall prey to the vicious killer. Now all alone with no weapons to defend herself, Liz must summon the courage to find and defeat the cunning hunter before she becomes his next victim. ~ Jason Buchanan, Rovi

Mohit Ramchandani
as Mo
View All

Critic Reviews for The Forgotten Ones

There are no critic reviews yet for The Forgotten Ones. Keep checking Rotten Tomatoes for updates!

Audience Reviews for The Forgotten Ones

The Forgotten Ones Quotes