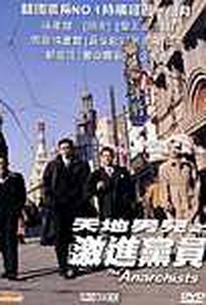 This historical action drama puts a modern-day spin on a story inspired by actual events from Korea's past. In 1924, the Japanese government has occupied both Korea and Shanghai, putting a stranglehold on political freedoms and imposing Japanese imperialism upon the people. A group of five anarchists skilled in the martial arts -- lone wolf Seregay (Jang Dong-gun), impulsive master fighter Dol-Suk (Lee Bum-soo), sickly but fast-moving Han (Sang Jung Kim), philosophical Lee (Joon Ho Jung), and novice battler Sang-gu (Kim In-kwon) -- joins forces with a group of rebels fighting against Japanese tyranny. However, while the five anarchists soon prove their bravery in a series of terrorist actions against Japanese occupation forces, most of the rebels have embraced a socialist political philosophy, and when the anarchists refuse to follow suit, they are forced to strike out on their own. With nowhere else to turn, the anarchists take up a life of crime to support themselves as they strike out against Japanese authority, but soon they realize that their mission is doomed to fail and decide to go out in a final blaze of glory against a Japanese ship carrying a number of top officials. Along with Sandstorm, Anakiseuteu won the Audience Choice Award in its American premiere at the 2001 Cinequest San Jose Film Festival. ~ Mark Deming, Rovi

Critic Reviews for The Anarchists

There are no critic reviews yet for The Anarchists. Keep checking Rotten Tomatoes for updates!

Audience Reviews for The Anarchists