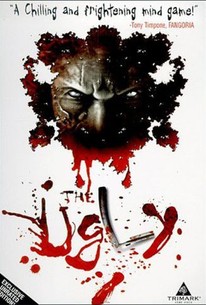 Housed inside the grimy walls of a horrific New Zealand asylum there sits a serial killer waiting to be determined sane enough to stand trial. The mental hospital is run by the sinister Dr. Marlowe, who looks the other way when his thuggish orderlies occasionally rough up the inmates. Into this hellish place comes the cocky Dr. Karen Shoemaker, a psychiatrist famed for having made major breakthroughs with another murderer. Though Marlowe thinks that no one could reach Simon Cartwright, the killer, Shoemaker is determined to try, so, with Marlowe watching behind a two-way mirror, she begins the first of many chilling sessions with the unrepentant Simon. A horror film that draws some of its best bits from other slasher movies, while also adding a few interesting twists of its own, this directorial debut from New Zealand director Scott Reynolds follows the winding course of these sessions, presenting pieces from Simon's grim life and graphically gory murders via flashback. As time passes, Shoemaker comes to trust the placid-seeming Simon and asks that his shackles be removed. Shortly thereafter she learns that he hears voices urgently telling him to kill and kill again. Dr. Shoemaker must then work even harder to control her dangerous patient and her growing terror.

Jon Brazier
as Frank the Vet

John Junior Steemson
as Bully No. 2

Oliver Hodges
as Bully No. 3

Gary Mackay
as Man in Park

Steve Hall
as Worker Thug No. 1

Shane Bessant
as Worker Thug No. 2

Katrina Browne
as Woman in the Floral Dress

Hugh D'Calveley
as Victim in Alleyway

David Baxter
as Clive
View All

Critic Reviews for The Ugly

Audience Reviews for The Ugly