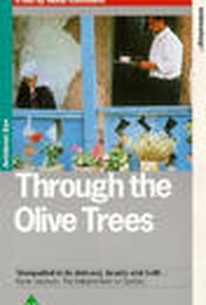 This Iranian movie about making movies wavers between a documentary and a fictional drama. It is the third in director Abbas Kiarostami's cycle of films that include Where Is My Friend's Home? and And Life Goes On. Like the others, this film is also set in northern Iran. An actor playing the director, tells the audience that he will be the only professional actor in the film. The Director selects a young woman, Tahereh, who was recently orphaned in the last earthquake to play the heroine. Mrs. Shivas, the non-nonsense assistant director keeps the actors on task and focused. She is especially picky about the appearance of Tahereh. Mrs. Shiva is assigned to prepare crew member Hossein to play the new hero. Trouble ensues because Tahereh has recently rejected Hossein's advances because he is poor and illiterate. She refuses to speak to him on camera or off. Hossein talks to the Director who subsequently changes the story; the two are now married. Hossein is a naturally gifted actor, but Tahereh cannot distinguish her role from reality and refuses to speak her lines. The Director changes the story again. ~ Sandra Brennan, Rovi