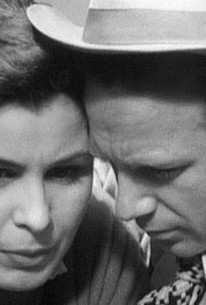 To Joy (Till Glädje)

Pride, ambition and creative temperament take their toll on a marriage in this drama written and directed by Ingmar Bergman. Stig Eriksson (Stig Olin) is a violinist who, after being hired to perform with an orchestra led by demanding conductor Sonderby (Victor Sjostrom), meets another new members of the ensemble, fellow violinist Marta Olsson (Mai-Britt Nilsson). Stig is attracted to Marta, and she has similar feelings for him, though she needs to be assured his interest is not merely sexual before she invites him to move in with him. Stig believes he has the talent to become an orchestral soloist, while Marta plays for the love of music and has no illusions about her potential for stardom. After they marry and Marta gives birth to twins, Stig persuades Sonderby to give him the demanding assignment of lead soloist for a concert featuring Mendelssohn's String Concerto; Stig's performance is all but disastrous, and as his hopes are shattered he questions his talent and his potential, despite Marta and Sonderby's reassurances about his gifts as an ensemble musician. In time, Stig's disappointment and the responsibilities of parenthood lead him into an affair with Nelly (Margit Carlquist), the libertine wife of fellow musician Mikael (John Ekman). Till Gladje (aka To Joy) features a classical score dominated by the works of Beethoven, with Mozart and Smetana also included; Bergman's passion for classical music would also figure into his later films Autumn Sonata and his adaptation of Mozart's opera The Magic Flute. ~ Mark Deming, Rovi

Staffan Axelsson
as Lasse as a baby

Allan Ekelund
as Vicar at wedding

Eva Fritz-Nilsson
as Lisa as a baby

Critic Reviews for To Joy (Till Glädje)

Audience Reviews for To Joy (Till Glädje)

To Joy (Till Glädje) Quotes