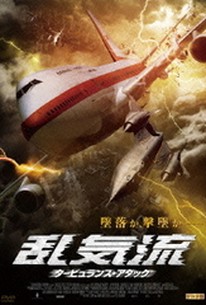 A glitch in the system of a revolutionary airline autopilot sends the passengers on a crowded airliner flying directly into a major storm in this white knuckle thriller starring Casper Van Dien, Nicole Eggert, and Patrick Muldoon. In the wake of a major airline catastrophe, Tom (Van Dien) and Samantha Woodward (Eggert) create the CD70, a powerful new form of autopilot that will make humans in the cockpit obsolete. Should it work, Devain Industries will be on the cutting edge of a new era in aviation. Eager to get the new system up and running, billionaire Richard Devain (Brad Dourif) and his impetuous son Charles (Muldoon) send a 747 into the clouds with a full load of VIP passengers, and a prototype version of the CD70. But somewhere during the flight from Los Angeles to New York City, a complex computer virus infects the system, sending the aircraft directly into the heart of a major electrical storm. As communications with the ground suddenly cease and the Pentagon begins drawing up plans to shoot the plane down, Tom comes up with a heroic plan to rescue the desperate passengers from their nightmare at 30,000 feet. ~ Jason Buchanan, Rovi

There are no critic reviews yet for Turbulent Skies. Keep checking Rotten Tomatoes for updates!

There are no featured audience reviews for Turbulent Skies at this time.