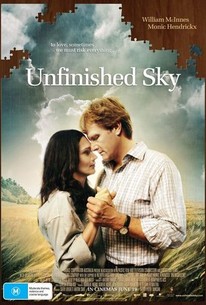 A gruff Australian farmer puts his own lonely life at risk in order to help a desperate refugee in director Peter Duncan's intimate rural drama. John (William McInnes) is the kind of man who likes his solitude. A man of habit whose best friend stands on four legs, John's volatile temperament makes it difficult for him to connect with most people. One morning, John is gazing out of his kitchen window when he spots a bloodied young woman stammering weakly towards his house. Instinctively, the farmer carries her into his home and begins tending to her massive wounds. Though John is unable to break the language barrier that will allow him to communicate openly with the woman, it is clear that she is terrified. Later driven by instinct to hide the woman when some unexpected visitors come knocking on his door, John decides against calling the police and does his best to aid her in her slow recovery. In the process John learns that the woman's name is Tahmeena (Monic Hendrickx). As Tahmeena's grasp of the English language takes hold, she and John begin to exchange stories: hers about being a refugee in Australia and his about being a widowed farmer just trying to keep the daily routine. Eventually, the outside world comes crashing down on the pair - threatening not just their growing bond, but their very lives as well. ~ Jason Buchanan, Rovi

Milo
as Elvis the Dog
View All