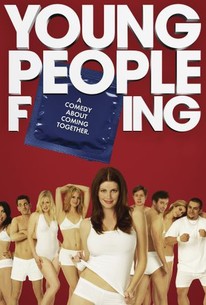 Director Martin Gero turns his knowing lens on five different archetypal relationships in a caustic romantic comedy highlighting the amusing similarities and bizarre differences in human relationships. Sexually frustrated blonde Abby (Kristin Booth) is stuck in a domestic rut with her hyper sensitive boyfriend Andrew (Josh Dean); will the pair be able to smooth things out or could it be that their relationship was actually doomed from the very beginning? Yet while folks like Abby and Andrew are currently locked in to relationships, others like longtime friends Matt (Aaron Abrams) and Kristen (Carly Pope) just got out of them. Perhaps a quick round of casual sex between old friends is just the thing to help both friends move beyond their pains of their past. Meanwhile, recently broken-up couple Mia (Sonja Bennett) and Eric (ohn Cooke) are attempting to bury the past by going out on one post-mortem date, and British ladies man is out on his very first date with the pretty, and much younger, Jamie (Diora Baird). But not all relationships are as simple as one man and one woman, because energetic Gord (Ennis Esme), his ill-humored roommate Dave (Peter Oldring), and Gord's beautiful girlfriend Inez (Natalie Lisinska) somehow find their relationship growing increasingly unconventional.

Natalie Lisinska
as Inez
View All