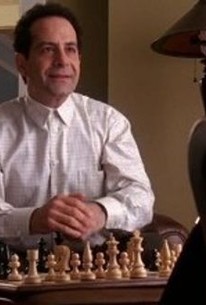 Season Two of Monk begins as television's favorite obsessive-compulsive detective (Tony Shalhoub) hires on as a substitute teacher at Ashton High School. This enables him to investigate the death of English teacher Beth Landow (Erica Yoder), who fell from the school's clock tower while most of the students were taking a Saturday-morning SAT exam. Principal Arlene Cassidy (Rosalind Chao) doesn't buy the official theory that Beth committed suicide--and neither does Monk, once he's perused certain bits of evidence overlooked by the police (including a suicide note filled with grammatical errors). In a further complication, the Most Likely Suspect has an airtight alibi: He was proctoring the SATs in full view of a roomful of students at the time Beth fell! With this episode, Kane Ritchotte returns to the role of Benjy Fleming, the son of Monk's loyal nurse-assistant Sharona Fleming (Bitty Schram). 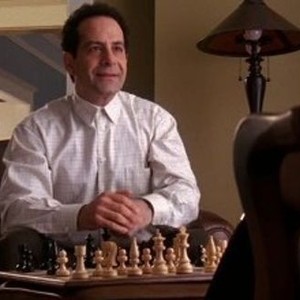