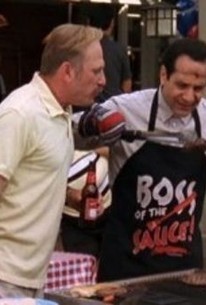 Can it be that Monk's beloved wife Trudy, reportedly killed by a bomb blast in 1997, is still alive? That's what Valerie (Traylor Howard) thinks when she sees a woman (Melora Hardin) who not only looks like Trudy, but is also overheard admitting that she faked her own death to save her family from the vengeance of the extremist group which may have ordered the bombing. Naturally, Monk (Tony Shalhoub) is exultant over this news, but Valerie suspects that something is terribly, terribly wrong here--and her suspicions are apparently confirmed when "Trudy" is seen lingering around the body of a murdered man named Ellinghouse (Harve Presnell). 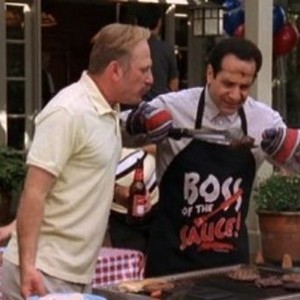