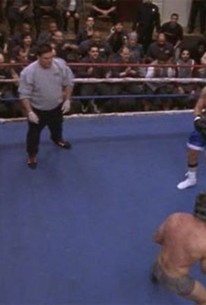 Alvarez (Kirk Acevedo) is found hanging in his cell in solitary, prompting Dr. Nathan (Lauren Velez) to confront Dr. Garvey (Milo O'Shea) about his decision to cut off the prisoner's antidepressants. Governor Devlin (Zeljko Ivanek) makes a deal with Nathan to keep her from going to the media, and Garvey is fired. Nikolai Stanislofsky (Philip Casnoff), a Russian prisoner, arrives in Em City, and says he wants to shake hands with Richie Hanlon (Jordan Lage), who's on death row for killing a Russian. Hanlon, meanwhile, explains to Shirley Bellinger (Kathryn Erbe) that it was Schillinger (J.K. Simmons) that killed the Russian and forced him to confess. Coyle (Treach) wants Hill (Harold Perrineau) dead after Hill ratted him out for killing a family and videotaping the crime. Said (Eamonn Walker) asks the other inmate leaders for help in protecting Hill. Nappa (Mark Margolis) goes him one better, and Coyle is found dead, whipped to death in his cell. Claire Howell (Kristin Rohde) apologizes to McManus (Terry Kinney) for attacking him. After she beats a prisoner, McManus tries to have her fired, and she sues for sexual harassment. The prison is forced to keep her on. Ryan O'Reily (Dean Winters) finds a potential ally in Em City's new supervisor, Sean Murphy (Robert Clohessy). He also enters Cyril (Scott William Winters) into Oz's new boxing competition, over the objections of their grandmother (Anne Meara). Ryan finds a devious way to make sure Cyril wins his first bout. Rebadow (George Morfogen) gets a visit from his mother (Uta Hagen), who convinces him to meet his son and grandson for the first time. Nappa gets some shocking news about his health, as Adebisi's (Adewale Akinnouye-Agbaje) revenge plot kicks into gear. Schillinger's estranged son, Andrew (Fred Koehler), arrives in Oz, and immediately becomes a target. 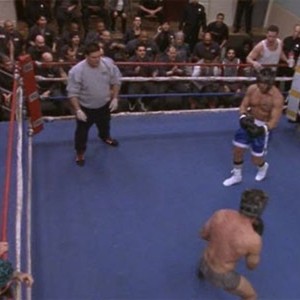