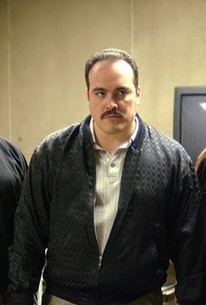 Hill (Harold Perrineau Jr.) is dead, but he's still our narrator, and he mentions that death has brought him into contact with a lot of familiar faces, including that of Jefferson Keane (Leon), who shares narrating duties for this episode. Em City is shaken up by Hill's death. McManus (Terry Kinney) finds a box in Hill's cell containing a manuscript, and, as instructed, he gives copies to both Said (Eamonn Walker) and Redding (Anthony Chisholm), but Redding is too distraught to read it, or to lead his people. Said tries to inspire him to help restore order, and to get his people off drugs, to honor Hill's memory. Prisoners in solitary get the opportunity to make their case to a review board. White (Michael Wright) doesn't stand a chance, but he gets sent to the infirmary after puking all on Howell (Kristin Rohde). Alvarez (Kirk Acevedo) gets to go back to Em City, after McManus forces him and Guerra (Otto Sanchez) to make peace. Rebadow (George Morfogen) is depressed about his grandson's death, but he gets a new job in the library, and immediately hits it off with Stella (Patti LuPone), the new librarian. Kirk (Sean Dugan) arrives on death row, claiming to be possessed by Satan, and accuses Father Mukada (B.D. Wong) of sexually harassing him. Suzanne (Betty Lynn Buckley) prepares to put on a production of +Macbeth, starring Father Meehan (Malachy McCourt). O'Reilly (Dean Winters) coerces Shupe (Joel West) into testifying on Cyril's (Scott William Winters) behalf. Peter Schibetta (Eddie Malavarca) arranges to have an ancient curse put on O'Reilly. Beecher (Lee Tergesen) and his father (Edward Hermann) are working on Keller's (Christopher Meloni) appeal, but Winthrop (Andy Powers) has his own deadly plan to gain Schillinger's (J.K. Simmons) respect. 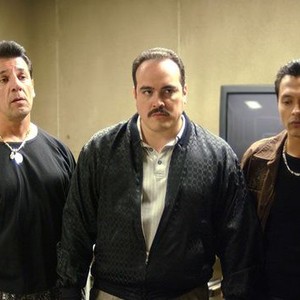