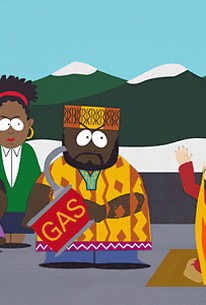 Political correctness takes another round of satiric jabs from this pointedly irreverent episode of South Park. Chef intends to change the seemingly racist banner South Park claims as its flag. He gets support from young Wendy Testaburger, but her concentration is undermined by her attraction to the admittedly disgusting Cartman. After Kyle and Stan explain to Chef their wholesome reading of the seemingly racist flag, Chef stops his fight. "Chef Goes Nanners" first aired July 5, 2000, on Comedy Central.