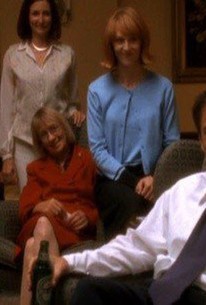 The Crackpots and These Women
The West Wing Season 1

Leo McGarry instructs the staff to take meetings with groups that have idiosyncratic requests of the government like pro-UFO lobbyists and another group that wants the government to build a road to be used exclusively by wolves. Toby (Richard Schiff) and the president (Martin Sheen) argue relentlessly about the president's plans for an upcoming California trip before confronting each other about Bartlet's original desire to hire a different Communications Director. Josh Lymon (Bradley Whitford ) is unnerved to discover that in case of nuclear attack he is one of the few White House workers who will have access to the safest shelters. All the while, Bartlet is cooking a pot of chili and planning a party for his soon-to-be Georgetown freshman daughter Zoey (Elisabeth Moss).

The Crackpots and These Women Photos 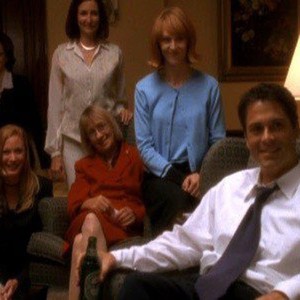