Home > The Hollow Crown > The Wars of the Roses > Episode 1 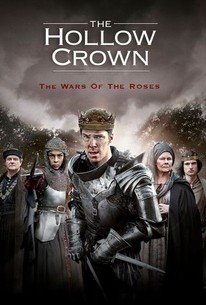 Against the backdrop of wars in France, the English nobility quarrel. News of the English defeat at Orleans reaches the duke of Gloucester and other nobles. After the funeral of Henry V, his son, the infant Henry VI, is proclaimed king. Seventeen years later, Henry sits on the throne whilst the rivalries at court continue - Plantagenet has learned of his own strong claim to the crown.

Samuel West
as Bishop of Winchester

Laura Frances-Morgan
as Joan of Arc

John A. MacKay
as Brakenbury

Using the camera to help us gain a greater intimacy with the inner-workings of the characters is one of Eyre's greatest achievements. This allows for performances which simply wouldn't be possible on stage.