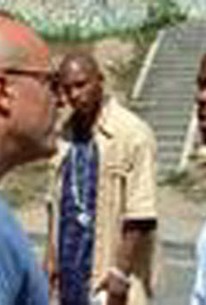 Someone is trying to drive Rondell (Walter Emanuel Jones) out of the drug business. Things come to a head when they shoot up Kern's (Sticky Fingaz) car. Rondell suspects the Nation of Islam, which has been trying to push him out of the neighborhood around their mosque, leading to a scuffle between Rondell and the NOI leader, Xavier Salaam (Mailon Rivera). But Mackey (Michael Chiklis) quickly realizes that the confrontational Salaam is a law-abiding citizen. Mackey soon learns that a Rondell underling, Tio (Cedric Pendleton), wants to push the irresponsible, hotheaded Rondell out, and take over his deal with Mackey. After Julien (Michael Jace) and Danny (Catherine Dent) witness the suicide of a Korean robbery victim, Dutch (Jay Karnes) and Claudette (CCH Pounder) encounter cultural barriers while investigating the crime. When Mackey finds out his autistic son was waitlisted at a special school due to unflattering headlines about police corruption, he works to ingratiate himself to the school administrator (Sandy Mulvihill). Aceveda (Benito Martinez) pays a visit to an old girlfriend from college (Katy Boyer), who once accused him of rape, in an effort to keep her politically damaging story out of the papers. Tomas (Brent Roam) gets busted for stealing CDs, and accuses Julien of abandoning him. Still unable to come to terms with his sexuality, Julien has a life-threatening breakdown on the job. 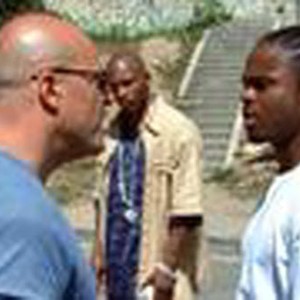