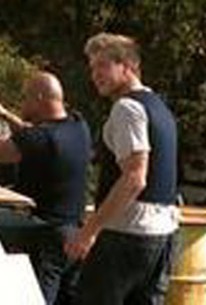 All In
The Shield Season 3

Vic (Michael Chiklis) persuades an increasingly disgruntled Lem (Kenny Johnson) to help him convince Tavon (Brian J. White) that he hit Mara (Michele Hicks) during his fight with Shane (Walton Goggins), so that he'll agree to help them cover up the whole incident. The murder of a public defender opens up a case that could cause tremendous problems for the department, but Claudette (CCH Pounder) insists on following through, regardless of the consequences to her career. Mara (Michele Hicks) asks Shane to request a transfer, because she doesn't want Vic to be a part of their lives. The treasury department uncovers their mole, who reveals that the Armenians most recently asked for information about Vic, Lem, Shane, and Ronnie (David Rees Snell). With the Armenians hunting them, and his team unraveling, Vic decides to take the fight to them. A look into the Armenians' illegal gas business leads to a heroin operation that eventually leads them into deadly proximity with their old nemesis, Margos (Kurt Sutter, uncredited). Meanwhile, increased scrutiny on money laundering makes it impossible for the team to clean their stolen loot, and Lem grows increasingly worried about the Strike Team going down. 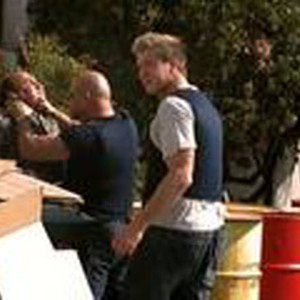