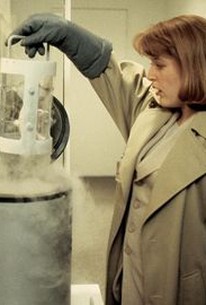 The Erlenmeyer Flask
The X-Files Season 1

Establishing a tradition for all future season-ending episodes, The X-Files closed out its first season on May 13, 1994, with a wealth of surprise twists and unresolved subplots. Acting upon a tip from Deep Throat (Jerry Hardin), Mulder and Scully investigate the possibility that the government is conducting secret experiments involving alien DNA injections. As a result, the two agents find themselves hunted down like animals by mysterious "Men in Black." As the episode draws to a close, the future of the entire X-Files project is placed in dire jeopardy. "The Erlenmeyer Flask" was written by series creator Chris Carter. 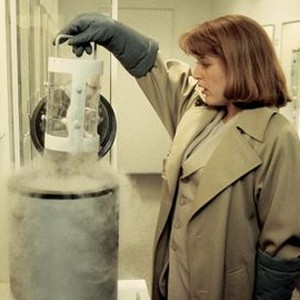