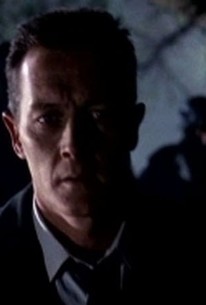 This Is Not Happening
The X-Files Season 8

"Tonight the search for Mulder ends." Thus read the "teaser" for this X-Files episode, the first chapter in a two-part story. Stepping up his efforts to find the missing Mulder, Doggett (Robert Patrick) enlists the services of Special Agent Monica Reyes (Annabeth Gish, in the first of several series appearances), a specialist in the realm of ritualistic-crime investigation -- not to mention the possessor of "certain spiritual notions." The trail to Mulder heats up considerably when UFO fanatic Richie Szalay (Judd Trichter), chasing a weird-looking craft through the outskirts of Helena, MT, stumbles across one of the people who was allegedly abducted by aliens along with Mulder. Despite the preponderance of evidence, Doggett continues to be a skeptic, which irritates his partner, Scully (Gillian Anderson). Even more vexing to Scully is the ever-growing possibility that Mulder may be dead. Could the solution to the story rest with shapeshifting faith healer Jeremiah Smith (Roy Thinnes), repeating the role he'd introduced in the earlier episode "Talitha Cumi," who has rescued several other alien abductees from the brink of death? "This Is Not Happening" was first telecast on February 25, 2001.

This Is Not Happening Photos 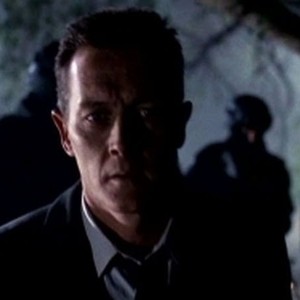