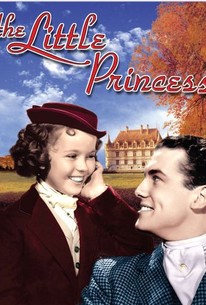 Shirley Temple's first Technicolor feature, The Little Princess was inspired by the oft-filmed novel by Frances Hodgson Burnett. Set in turn-of-the-century England, the film finds Temple being enrolled in a boarding school by her wealthy widowed father (Ian Hunter), who must head off to fight in the Boer War. At first, Temple is treated like royalty; her behavior couldn't be more down to earth, but this preferential treatment foments resentment. When her father is reported killed in the war, circumstances are severely altered. The spiteful headmistress (Mary Nash) relegates Temple to servant status and forces the girl to sleep in a drafty attic. She keeps her spirits up by hoping against hope that her father will return, and to that end she haunts the corridors of a nearby military hospital. Queen Victoria doesn't have to make a guest appearance in the tearfully joyous closing sequence, but it does serve as icing on the cake to this, one of Temple's most enjoyable feature films. Reliable Shirley Temple flick supporting actors Cesar Romero and Arthur Treacher are back in harness in The Little Princess, while adult leading lady Anita Louise figures prominently in a sugary dream sequence.

Will Stanton
as Groom

Harry Allen
as Groom
View All

Critic Reviews for The Little Princess

Audience Reviews for The Little Princess