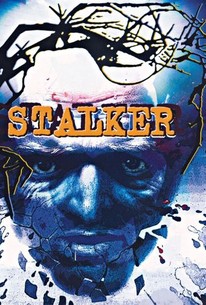 Stalker is a complex, oblique parable that draws unforgettable images and philosophical musings from its sci-fi/thriller setting.

Russian director Andrei Tarkovsky's Stalker, an allegorical science fiction film like his earlier Solaris, was adapted from the novel Picnic by the Roadside by brothers Boris Strugatsky and Arkady Strugatsky. The film follows three men -- the Scientist (Nikolai Grinko), the Writer (Anatoliy Solonitsyn), and the Stalker (Alexander Kaidanovsky) -- as they travel through a mysterious and forbidden territory in the Russian wilderness called the "Zone." In the Zone, nothing is what it seems. Objects change places, the landscape shifts and rearranges itself. It seems as if an unknown intelligence is actively thwarting any attempt to penetrate its borders. In the Zone, there is said to be a bunker, and in the bunker: a magical room which has the power to make wishes come true. The Stalker is the hired guide for the journey who has, through repeated visits to the Zone, become accustomed to its complex traps, pitfalls, and subtle distortions. Only by following his lead (which often involves taking the longest, most frustrating route) can the Writer and the Scientist make it alive to the bunker and the room. As the men travel farther into the Zone, they realize it may take something more than just determination to succeed: it may actually take faith. Increasingly unsure of their deepest desires, they confront the room wondering if they can, in the end, take responsibility for the fulfillment of their own wishes. ~ Anthony Reed, Rovi