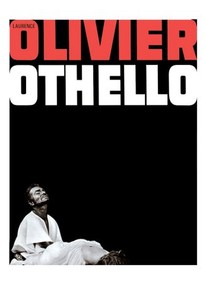 Perhaps less than the sum of its parts, Othello is still highly entertaining, and features excellent performances from Laurence Fishburne and Kenneth Branagh.

Actor Oliver Parker made his directorial debut with this adaptation of the tragic play by William Shakespeare that abridges the original text by half and ups the quotient of sex and violence. Laurence Fishburne stars as the Moorish general Othello, who returns a hero after crushing an invasion attempt by the Turkish army near Cyprus. Pledged to marry the lovely Desdemona (Irene Jacob), Othello ignores the advice of his intended's father, who tells him that she may have a deceptive nature. Othello's aide Iago (Kenneth Branagh), jealous over the elevation of his rival, Cassio (Nathaniel Parker, the director's real-life brother) to lieutenant, begins scheming to make Othello believe that Desdemona and Cassio are carrying on an affair. On the slimmest of evidence, Iago manages to manipulate Othello's suspicious, distrustful nature. Played previously in black face on film by actors Orson Welles and Laurence Olivier, Parker's production of Othello (1995) was the first major cinematic production to cast an African-American in the title role.

Gabriele Ferzetti
as The Duke of Venice

Pierre Vaneck
as Brabantio
View All