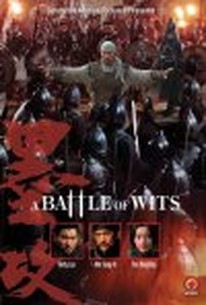 A lone hero comes to the rescue of a village about to be overrun by a marauding army in this historical epic from Hong Kong. In the year 370 B.C., China has been torn apart by a handful of warring factions, and the Zhao State has set out on a long march to invade and conquer the Yan State. En route, the ten thousand-strong Zhao army will pass through the town of Liang City, home to four thousand souls. Led by Lord Liang (Wang Zhiwen), an ineffectual and alcoholic leader, the people of Liang City fear the worse, and beg the warriors of the Mozi clan to come to their aid in protecting the city. As Zhao general Xiang Yanzhong (Ahn Sung-ki) and his men loom on the horizon, a single Mozi fighter, Ge Li (Andy Lau), arrives in Liang City; while the townspeople are certain the battle is already lost, Li is a brilliant strategist, and convinces the handful of Liang soldiers that they can indeed fend off the Zhao invaders. With the help of Liang cavalry woman Yi Yue (Fan Bingbing) and Zi Tuan (Nicky Wu), a master of the bow and arrow, Li is able to fight the Zhao soldiers to a standstill; however, Lord Liang is humiliated by the success of the interloper, and his right-hand man (Wu Ma) plants seeds of doubt in the villagers' minds about their new champion. ~ Mark Deming, Rovi