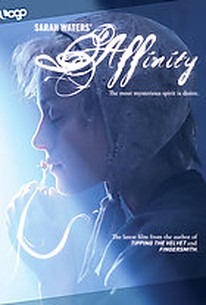 Sarah Waters' 1999 novel of the same name serves as the inspiration for director Tim Fywell and screenwriter Andrew Davies' gothic period drama detailing the relationship between an upper class Victorian girl still mourning the death of her father and a once-successful medium imprisoned for assaulting a young girl. Margaret (Anna Madeley) may have all the wealth a woman cold want, but without her father around she just can't seem to enjoy it. In desperate need of a diversion and eager to experience life outside of her small protective bubble, Margaret makes arrangements to go to Millbank Prison as a "Lady Visitor." Once inside the stone and steel fortress, it doesn't take long for Margaret to forget about her responsibilities to the prisoners and form a strange fixation on an attractive young named convict Selina (Zoe Tapper). Before Selina was imprisoned, she had enjoyed celebrity status as a medium. That all changed once Selina was accused of assault, yet the closer Margaret gets to the charismatic inmate the more convinced she becomes that her story isn't as simple as the judge made it out to be. ~ Jason Buchanan, Rovi