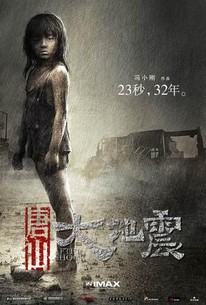 Two natural disasters frame a story of a mother, her children and a painful decision that scars them forever in this grand-scale drama from China. In 1976, Li Yuanni (Xu Fan) is living in the city of Tangshan with her two children, seven year old twins Fang Da and Fang Deng. The family's life is simple but full of joy until a massive earthquake levels the city and leaves a swath of destruction in its wake. Amidst the wreckage, Li Yuanni discovers both Fang Da and Fang Deng are caught under a concrete slab, and if enough is broken to rescue one of the children, it would tip the balance and crush the other. Li Yuanni is asked which child should be saved, and she impulsively answers her son Fang Da. The boy is rescued, but the effort costs him his arm; meanwhile, the daughter Fang Deng is left for dead but miraculously survives, and is eventually adopted by another family without Li Yuanni's knowledge. The mother is forced to live with the shame of her decision, Fang Da grows to be a physically and emotionally broken man, and Fang Deng studies medicine, starts a family on her own and leaves China for Canada. It's not until 2008 that the story of the mother and the daughter she lost comes full circle in the wake of another earthquake in Sichuan. A massive commercial success in China, Tang Shan Da Di Zhen (aka Aftershock) made its North American debut at the 2010 Toronto International Film Festival.