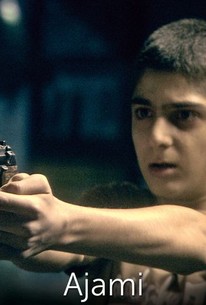 This multi-character drama balances intimate portrayals and broad political implications to paint a bracing and moving portrait of the Middle East conflict.

Palestinian Scandar Copti and Israeli Yaron Shani collaborated on this independent drama, which examines how the troubled relationship between their countries colors everyday life in the Middle East. Nasri (Fouad Habash) is a teenager whose family is in crisis: his uncle got into an altercation with a local crime boss, and in reprisal, his cousin has been murdered. The shooters, it seems, originally intended to kill Nasri's younger brother, Omar (Shahir Kabaha), in lieu of the cousin. Abu Elias (Youssef Sahwani), a restaurateur and respected member of the community, steps in to negotiate. Omar agrees to make a cash payment to the gangsters to prevent further violence, but since he doesn't have the money, he raises it by dealing drugs. Abu has a daughter, Hadir (Ranin Karim), who works at his restaurant; she's fallen in love with Omar, but since she's Christian and he's Muslim, they can't acknowledge their feelings in public. Also working at the restaurant is Malek (Ibrahim Frege), a 16-year-old illegal immigrant who is looking for any kind of job to help pay for his mother's medical treatments. And elsewhere, Dando (Eran Naim) is a policeman drawn into the chaotic life of Binj (Scandar Copti), a suspected drug dealer who has been arrested for attacking a Jewish neighbor; Dando is also preoccupied with the fate of his brother, who has suddenly gone missing. Ajami won a special distinction award at the 2009 Cannes Film Festival. ~ Mark Deming, Rovi

Critics Consensus: From Paris With Love Is Not Bon
View All