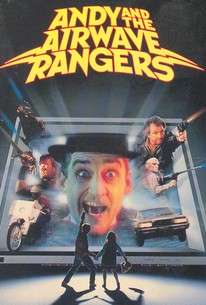 This fantasy is largely comprised of footage from many of Roger Corman's old New Horizon productions. It centers on a 12-year-old Andy who decides to rent a few videos to help make the task of baby-sitting his little sister Bonnie a little less tedious. He finds an interesting looking video called Incredible Video Adventure and decides to check it out. But before the strange clerk will rent it to him, he informs Andy that the film is one-of-a kind. He also tells the boy that he must sit far from the screen and never let go of the remote control. Unfortunately, soon after putting on the tape, the phone rings and Andy leaves his sister unattended to answer it. No sooner does he leave when a man in a black cloak appears on screen and lures young Bonnie into his mysterious world. Andy returns just in time to see her sucked in. Now he must somehow get her back. With clicker in hand, he dives in and begins his fantastic search. Every time he changes the channel, different excerpts from a Corman film appear so during the story Andy finds himself in some very strange worlds.

John Franklin
as The Gatekeeper

There are no critic reviews yet for Andy Colby's Incredibly Awesome Adventure. Keep checking Rotten Tomatoes for updates!

There are no featured audience reviews for Andy Colby's Incredibly Awesome Adventure at this time.