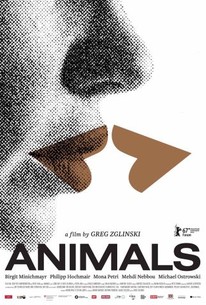 Andrea jumps out of a third floor window in a Viennese tenement building. Anna and Nick live in the very same building. She believes Nick used to have an affaire with Andrea and decides to try to start over in a holiday house in Switzerland. Meanwhile attractive Mischa is hired as housesitter for the Viennese flat. Anna can't help to notice her physical likeness with Andrea. Even in far away Lousanne an ice cream vendour reminds her strongly of Andrea. Slowly various story levels start to overlap and dissolve into each other. On top of all of that strange things start happening in their holiday home, which apparently only Anna experiences. Anna starts to doubt her sanity, to suspect that she's trapped in a parallel reality, from where there's no way back. Is it because of her car crash with Nick? Is she imagining things? Or does Nick really start to engage in an affaire with the ice cream vendour, who looks so much like Andrea? Or is Mischa actually Andrea and dreams that Anna goes crazy?

There are no featured audience reviews for Animals (Tiere) at this time.