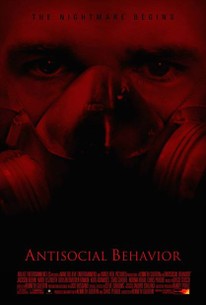 How far would you go to confront the demons of your past? After twenty-something Joe (Jackson Kuehn) plays a seemingly innocent drinking game at a party, he suffers a sudden violent blackout that awakens something sinister within. Much to his horror, they become more frequent in the coming days and bring with them visions of mind-numbing terror. As Joe questions his diminishing sanity, he is met with increasing physical pain that spawn balls of bloodstained flesh from his very body. Soon, he must trace back to his forgotten childhood to learn the savage truth that left him in an orphanage and why now, it has returned to haunt him. With the help of his slightly unhinged, yet devoted new girlfriend Wendy (Mary Boylan), Joe must fight the darkness within his repressed memories that threaten to take over his life. In this gripping and suspenseful tale of psychological horror by Kenneth Guertin, what's hidden in the past can be far more evil than anything ever imagined. (c) Official Site

There are no critic reviews yet for Antisocial Behavior. Keep checking Rotten Tomatoes for updates!

There are no featured audience reviews for Antisocial Behavior at this time.