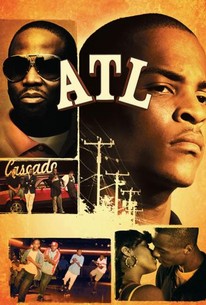 A tightly knit group of working-class Atlanta teens spend their time bonding over hip-hop and roller skating while pondering life after high school in director Chris Robinson's coming-of-age comedy drama that draws inspirations from the real-life childhoods of Dallas Austin and Tionne Watkins. For a kid growing up on the south side of Atlanta, the Cascade roller-skating rink is the place to be seen, and it's the place where the orphaned high school senior Rashad (Tip Harris) and his little brother Ant (Evan Ross) go every weekend to forget their financial troubles, hang with their friends and get their groove on. But outside the rink, the brothers have problems they can't avoid: Ant is being recruited into the posse of charismatic drug dealer Marcus (Outkast's Antwan Andre Patton, aka Big Boi). Meanwhile, Rashad's three best friends -- including the ambitious Esquire (Jackie Long) -- are pulling him in different directions, and his new girlfriend New-New (Lauren London) may not be as "street" as she seems. As Rashad tries to hold on to his little brother, he also comes to the realization that if he's ever going to make something of himself, he's going to have to step out of his skates and into the real world.

Douglas B. Wynn
as Skater
View All