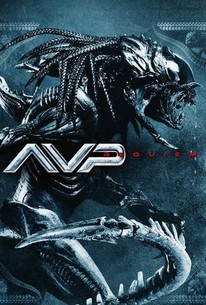 Visual effects specialists Greg and Colin Strause both make their feature directorial debut with this no-holds-barred monster mash that attempts to set itself apart from the 2004 Paul W.S. Anderson original by serving as a straight-up sci-fi horror scarefest. The aliens (and a predator) have landed on planet Earth, and small-town America is about to become the scene of an epic interstellar showdown. As these two breeds of cosmic killers clash in the small-town streets Gunnison, CO, the locals are sent running for their lives. From the murky sewers to the rain-soaked streets, Gunnison has become a total bloodbath. Nowhere is safe, especially from the unstoppable new hybrid known as the "predalien." Now, as the once-quiet community of Gunnison is overrun by Aliens, the only hope for humankind is a fierce hunter from the deepest reaches of space. But this predator is far from a benevolent savior of the human race, because he'll kill any man, woman, or child who gets in the way of his mission to destroy every last alien under these stormy Colorado skies.

Matthew A. Ward
as Mark

Phil Uhler
as Deputy No. 1

Kevin Haaland
as Deputy No. 2

Who Should The Aliens Fight Next?
2008 MTV Movie Award Nominations Announced
RT on DVD: Juno, AVP2, and Dungeon Siege
View All