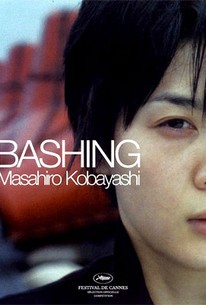 Masahiro Kobayashi draws on true life tragedy to craft this heart wrenching drama about a Japanese aid worker who finds that being kidnapped in war-torn Iraq was only the beginning of her lifelong nightmare. A compassionate woman who longed to make a difference by helping the people of Iraq, Yuko (Fusako Urabe) makes the bold decision to put her own life at risk by heading straight into one of the most dangerous regions on the planet. Yuko's worst fears are later realized when she is kidnapped while providing humanitarian aid everyday Iraqis. Mercifully released by her abductors, Yuko returns to Japan to discover that she has become the victim of a mass public shunning by a population who believes that she has shamed her country in the eyes of the world. As Yuko does her best to resume life as usual, she is continually greeted with great unease by her friends, former co-workers, and loved ones, taunted on the streets by strangers, and endlessly harassed for her perceived transgression against Japanese society at large. ~ Jason Buchanan, Rovi

Nene Otsuka
as The Stepmother

Takayuki Katô
as Iwai Her Lover

Teruyuki Kagawa
as The Hotel Owner