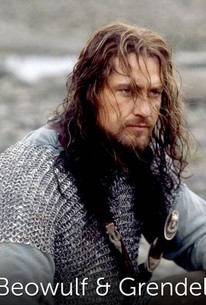 Despite the impressive Icelandic scenery, Beowulf And Grendel fails to find its footing in the transition from epic tale to the big screen.

One of the oldest epic poems in the English language gets a robust visual interpretation in this historical epic shot on location in Iceland. Hrothgar (Stellan Skarsgård) is a Danish king who murders a troll that has been terrorizing his countryside. But Hrothgar spares the life of the troll's strange young son, who with the passage of years grows to become Grendel (Ingvar Sigurdsson), a fearsome warrior intent upon avenging his father's death. As Grendel begins his slaughter of the king's closest confidants, Hrothgar realizes his life is in danger, and he calls upon the brave and fearless Beowulf (Gerard Butler) to track down and kill Grendel. As Beowulf and his band of warriors search for the vicious and elusive Grendel, he crosses paths with Selma (Sarah Polley), a beautiful and sensuous witch whose alliances are divided between Beowulf and his archenemy. Produced by Canadian, British, and Icelandic concerns, Beowulf & Grendel was a major box-office success in Canada before crossing south to American theaters in the summer of 2006.

Eddie Marsan
as Brendan the Celt

Helgi Björnsson
as Man
View All