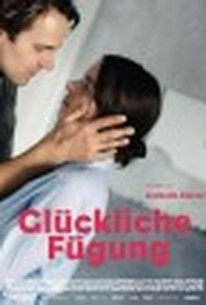 A woman who has had no luck in love isn't sure what to do when she's suddenly confronted with parenthood and a possible husband in this drama from filmmaker Isabelle Stever. Simone (Annika Kuhl) is a thirty-seven year old woman who is shy, introverted, dowdy and single. New Year's Eve rolls around and Simone doesn't have a date; uncharacteristically, she decides to go out anyway, and ends up sleeping with Hannes (Stefan Rudolf), who she met than evening. They part the next morning and Simone doesn't expect to see him again. When Simone discovers her night with Hannes has left her pregnant, she decides to have the baby and raise it on her own, but when she goes to the hospital for an ultrasound, to her surprise she discovers Hannes works there, and he's thrilled she's carrying his child. Hannes makes it clear he wants to help raise the child and even buys her a house, but she feels confused and disoriented by his sudden and dramatic displays of affection, and as her due date looms, she feels increasingly uncertain about parenthood and Hannes. Gluckliche Fugung (aka Blessed Events) received its North American premiere at the 2010 Toronto International Film Festival.

There are no featured audience reviews for Blessed Events (Glückliche Fügung) at this time.