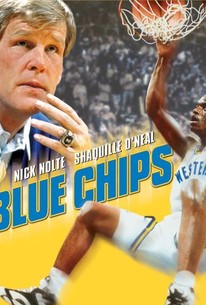 Winning is everything, even if you have to lie, and cheat to do it. That is the under-lying message of this dramatic expose of college basketball recruiters. Up till recently, Pete Bell has been a winning coach for Western U's basketball team. But this year has been different. The film opens with the coach ripping into the team for another dreadful game. Bell knows that if his team continues to lose, he will lose his job. He has no choice but to recruit more talent. He begins his search for better players and finds three good prospects: Chicago player Butch McRae, an accurate shooter; Ricky, an enormously tall boy form French Lick, Indiana; and Neon, a temperamental giant. Together these three offer unbeatable potential if he can get them to come to Western. But it's not easy. The first two make exorbitant demands involving a lot of cash, new homes, and farm equipment. Neon asks for nothing but gets a new luxury car. Coach Pete is already dealing with allegations of shadiness and does not want to give in, but he is forced to by the alumni organization leader. Pete does not cope well.

Bobby Knight
as Himself

Rick Pitino
as Himself

George Raveling
as Himself

Larry Bird
as Himself

Thomas Hill
as The Coast Team

Todd Donoho
as Himself

Dick Vitale
as Himself

Siv Svendsen
as Herself

James Jackson
as Man with Lexus

Jim Boeheim
as Himself

Dick Baker
as Himself

Marty Blake
as Himself

Lou Campanelli
as Himself

Jerry Tarkanian
as Himself
View All