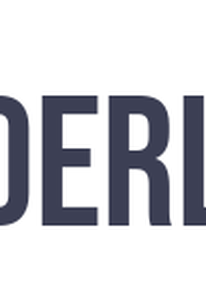 An above-average "Hopalong Cassidy" series entry, Borderland has Hoppy (William Boyd) going undercover as a bandit in a tough Mexican border town in order to trap a notorious bandit known only as The Fox. Not even sidekicks Johnny Nelson (James Ellison) and Windy (George "Gabby" Hayes) are in on the scheme, concocted jointly by Mexican Army Colonel Gonzales (Trevor Bardette) and Texas Ranger Major Stafford (Earle Hodgins). Lodging with widowed Grace Rand (Nora Lane) and her small daughter, Molly (Charlene Wyatt), both of whom he abuses in order to protect his cover, Hoppy learns that The Fox (Stephen Morris aka Morris Ankrum) is himself performing a bit of masquerade, in this case as a halfwit known as Loco. Windy, however, innocently spills the beans and is promptly kidnapped along with Molly. Chased by Hoppy, who is himself tailed by the villain's henchmen, Gonzales' troops, and a wounded Johnny Nelson, The Fox (alias Loco) escapes to his secret hideaway, a cabin stocked with dynamite. There, Hoppy catches up with him and in an exciting finale keeps the master villain at bay until help arrives. ~ Hans J. Wollstein, Rovi

Stephen Morris
as Loco, aka The Fox

Edward Cassidy
as henchman
View All

There are no critic reviews yet for Borderland. Keep checking Rotten Tomatoes for updates!

There are no featured audience reviews for Borderland at this time.