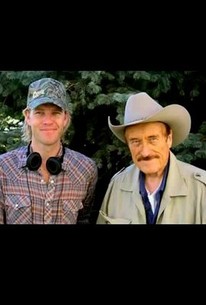 A struggling Johnny Cash impersonator, an actress, and a former professional seeking to launch a career in the entertainment industry discover just how elusive success can be while chasing their dreams in Branson, MO. With more theater seats than Broadway, and over 100 shows playing at any given time, Branson has gained a reputation as the Vegas of the Bible Belt. Every year, seven million tourists flock to Branson in search of entertainment, ensuring that there are no lack of aspiring performers in this backwoods Hollywood. These are the stories of three such performers. A lifelong alcoholic and drug addict, talented Jack changed his name to Jackson Cash before moving to Branson and impersonating Johnny Cash. But while Jack is undoubtedly a gifted performer, his demons are constantly threatening to drag him down. Meanwhile, part-time waitress and full-time mother Amber sees her star beginning to dim as the decade tribute show she performs in winds to a close. One of the original cast performers, Amber attempts to reconcile with the fact that when the show ends, so, most likely, will her time in the spotlight. Geoff, on the other hand, would seem to have it all. A family man with a six-figure salary, Geoff always felt as if he was meant for something more, and he's willing to gamble everything in one last bid for superstardom.

There are no critic reviews yet for Branson. Keep checking Rotten Tomatoes for updates!

There are no featured audience reviews for Branson at this time.