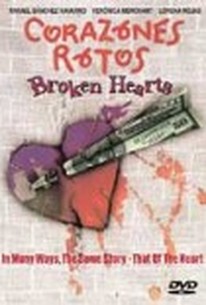 Humor and tragedy mingle in this film, which examines the lives of a handful of people living in a large Mexico City apartment complex. Teresa (Lorena Rojas) has an unexpected encounter with a boy she knew from high school; where she once taunted him as a bookworm, she now finds herself attracted to him sexually. Horacio (Rafael Sanchez Navarro) loses his job, and his wife Eva (Veronica Merchant) responds by demanding a divorce. Josafat (Salvador Garcini) and his wife Ruth (Toni Marcin) are a deeply religious couple who are not sure how to react to their new upstairs neighbors (Cristina Michaus and Odiseo Bichir), who have sex loudly, enthusiastically, and frequently. Celina (Ana Martin) is a prostitute who finds herself attracted to her teenage son Santiago (Jairo Gomez); Santiago, on the other hand, seems uncertain about his sexuality, and sometimes plays peeping Tom with one of the gay men in the building when he isn't trying on Celina's clothes. And elderly Mr. Cano (Jorge Galvan) finds his children rushing to his side after he has a stroke, though they aren't as interested in helping him once they discover he's lost his money and there is no inheritance for them. Corazones Rotos was shown at the 2001 Guadalajara Film Festival. ~ Mark Deming, Rovi

There are no critic reviews yet for Broken Hearts. Keep checking Rotten Tomatoes for updates!

There are no featured audience reviews for Broken Hearts at this time.