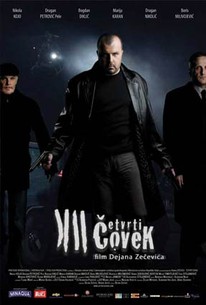 Upon awakening from a two month-long coma to discover that his family has been slaughtered and he was on the verge of death, a man with total amnesia sets out to solve the mystery of his tragic past in this psychological thriller from director Dejan Zecevic. There was a bullet fired at point blank range, and then darkness. But now the blanket of shadows has been lifted to reveal an even deeper mystery. Informed that his family has been slain by a man named the Colonel, who claims to have been his best friend, the disoriented amnesiac discovers that he was formerly a Major of the Military Security Agency. Later, when an inspector from the State Security Agency appears claiming to have information about the murder of his family, the Major realizes that in order to confront the emptiness and despair that have come to define his existence, he must play the "game" that Inspector has set up for him and discover the identity of the assassin who stole his past. But the Businessman, the Mafioso, and the Politician are only the beginning, because after he realizes that he was a war criminal, he discovers that there was a fourth man. ~ Jason Buchanan, Rovi

Predrag Vasic
as Son of Politician

Igor Lojanicic
as Child From Bosnia

Zivojin Popovic
as Boy From Neighborhood
View All

There are no critic reviews yet for Cetvrti Covek (The Fourth Man). Keep checking Rotten Tomatoes for updates!

There are no featured audience reviews for Cetvrti Covek (The Fourth Man) at this time.