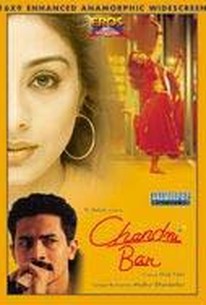 Heading to Bombay with her lone surviving relative after she loses her parents and her town is destroyed by religious strife, young Mumtaz (Tabu) has a difficult time adjusting to a place where jobs seems scarce and life is cheap. Informed by distant relative Iqbal (Rajpal Yadav) that the only job available at the time is a position in the sordid Chandni Bar, Mumtaz's guardian, Mamu Irfan, reluctantly accepts the position in order to provide for her young charge. Soon addicted to drugs, Mamu Irfan finds solace only in the company of her equally despondent co-workers. The arrival of corrupt political henchman Potiya (Atul Kulkarni) provides a glimmer of hope as he falls for Mamu Irfan, though after a brief marriage and a pair of children later, Potiya quickly disappears never to be seen again. Despite Mamu Irfan's best efforts to keep Mumtaz and her children shielded from the bleak realities of her own life, fate soon descends a series of crippling blows on the hapless family.

Rajanna
as Uma
View All

There are no critic reviews yet for Chandni Bar. Keep checking Rotten Tomatoes for updates!

There are no featured audience reviews for Chandni Bar at this time.