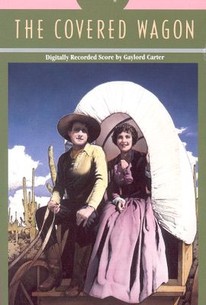 The Covered Wagon is credited with being the first big-budget epic western. Producer Jesse Lasky replaced director George Melford with James Cruze, a Utah native familiar with the life and often brutal realities of the West. Mary Miles Minter was slated to appear in the film, but her mother turned down the offer. The role of Molly Wingate went to Lois Wilson, who promptly became a star. People in the East travel to California in the 1840s prior to the gold rush, with some of the settlers heading for Oregon after crossing the dangerous Platte River. Stampedes, Indian attacks, and the hardships of life on the plains are depicted with a documentary flair. Over 3,000 extras included 1,000 Native Americans and 300 authentic covered wagons. Guy Oliver plays explorer Kit Carson, with Alan Hale as the villain Sam Woodhull. J. Warren Kerrigan, Charles Ogle, Ethel Wales, Ernest Torrence, John Fox and Tully Marshall complete the all-star cast. The decision to turn down the role offered by Cruze adversely affected the career of Minter. She never recovered from the negative publicity surrounding her alleged involvement in the unsolved murder of director William Desmond Taylor.

J. Warren Kerrigan
as Will Bonion

Critic Reviews for The Covered Wagon

Audience Reviews for The Covered Wagon

There are no featured audience reviews for The Covered Wagon at this time.