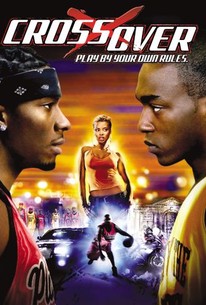 This heartfelt but incompetent, cliche-ridden sports picture is the cinematic equivalent of an airball.

Director Preston A. Whitmore II brings the thrill of the street to the big screen with a fast-moving tale of underground basketball that proves no matter what team you play for, in the end it's all about how much game you've got. The stroke of midnight has sounded and the crowd has gathered; it's time for some basketball. Forget about the rules of the NBA, though, and throw those college credentials out the window because they don't mean a thing in this court. In a converted rail station, the only players who gain respect are the ones left standing when the clock hits zero, and the current champions have been standing way too tall for far too long. Now a new generation is ready to take over the top spot, and young hopefuls Tech (Anthony Mackie) and Cruise (Wesley Jonathan) are leading the charge. With everything on the line and the challenge of a lifetime before them, these too young street-ballers will be forced to out-dribble, out-shoot, and out-run their more experienced competitors in order to win the game and pave the way for the next crop of street smart shooters.